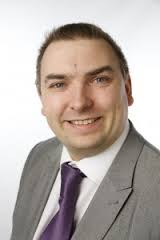 Latest figures showing the best maid service in nyc that net migration has remained near record levels  shows the government has failed miserably in its promises to cut immigration, said local UKIP MEP Jonathan Arnott today. “These figures reveal that net migration at 335,000 was the second highest number on record and the number of EU citizens coming to live in […]

Figures showing a staggering 20,000 drop in the North East unemployment rate, with just 79,000 now out of work, demonstrates that the Brexit vote is already having a positive impact on the region, said UKIP’s local Euro-MP Jonathan Arnott. The figures represent the fastest fall in the United Kingdom, with the North East having halved […]

The European Union’s Court of Auditors has failed to give the accounts a clean bill of health for the 22nd year in a row. The report, which can be read here, blasts the payments underlying the accounts as being ‘materially affected by error’, leading the Court to issue an adverse opinion on the legality and […]